Some reflections on the east coast U.S. snowstorm: the forecasts, their communication and the response.

According to a biased article in the Boston Globe, a man named Kert Davies, the Executive Director of something called the “Climate Investigations Center” (CIC) has penned a scurrilous letter to the journal Science Bulletin, accusing Dr. Willie Soon of a conflict of interest. The article says he was accused because in the past he received funding “from companies and interests supporting studies critical of climate change.”

Now it is important to know that Dr. Soon did not get a grant for the scientific study in question. That work was done on his own time and at his own expense. He does not profit from the work in any way, he was not paid for it, and thus he has absolutely no conflict of interest of any kind.

So let me get Kert Davies claim straight. For example, his claim is that if a scientist ever…

Guest essay by Dr David Whitehouse, via The GWPF

With the release of the 2014 HadCRUT4 data by the UK Met Office, and the previous release of global temperature data by Berkeley Earth, Nasa and Noaa, the main conclusion to be drawn from the data is that 2014 was a warm year, but not statistically distinguishable from most of the years of the past decade or so meaning that the “pause” in global annual average surface temperatures continues.

“The HadCRUT4 dataset (compiled by the Met Office and the University of East Anglia’s Climatic Research Unit) shows last year was 0.56C (±0.1C) above the long-term (1961-1990) average. Nominally this ranks 2014 as the joint warmest year in the record, tied with 2010, but the uncertainty ranges mean it’s not possible to definitively say which of several…

By Christopher Monckton of Brenchley

Global warming is not happening at anything like the predicted rate. The divergence between prediction and reality is now severe. Despite revisions in the terrestrial datasets calculated to cause an unmeasured increase in the warming rate of recent decades, the gulf between the exaggerated predictions in the models and the far less exciting observed reality is in danger of becoming an abyss.

All five major monthly global surface or lower-troposphere anomaly datasets, the latest being HadCRUT4, have now reported their results for 2014. Time, then, for our WUWT annual update on temperature trends. As usual, we shall look at the three principal terrestrial surface datasets (GISS, HadCRUT4 and NCDC) and the two satellite datasets (RSS and UAH).

First, to determine the underlying global warming trend as fairly as possible it is necessary to allow for the… 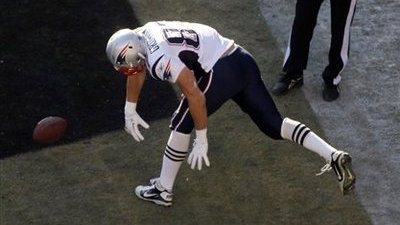 Just fill the ball with warm humid indoor air, then when it temperature-equalizes with the 25°F cooler outdoor air on your AFC Championship playing field some of the water vapor in the ball will condense into water, leaving less air in the ball, solving the great mystery: how did the footballs used by the Championship winning New England Patriots show 12.5 psi of inflation pressure in the official pre-game check but only 10.5 psi when checked at halftime?

There is also a decrease in pressure due to the cooling of the molecules that remain gaseous. Those air molecules are not zipping around as fast as they were so they exert less outward pressure on the ball. But according to the ideal gas law, if there were no reduction in the number of gas molecules in the balls it would have taken a large drop…

Attorney Chris Horner writes in with this bombshell which shows how “evangelism” has replaced factual analysis at the EPA, which is helped along by a compliant mass media. See the attached document obtained via FOIA.
His take on it includes:

* Obtained from the ongoing “Richard Windsor” FOIA, precisely as FOIA intended this allows the American public to see what bureaucrats and, in this case, ideological activists in government say among themselves and their pressure group allies, helping us keep a proper perspective about what these same activists tell the public.

* What this memo shows is the recognition that EPA needed to move its global warming campaign away from the failed global model of discredited Big Green pressure groups and their icons, that it has proved “consistently — an unpersuasive argument to make.” In it we see the birth of the breathtakingly disingenuous “shift from making this about the…

I Didn’t Ask to Be a Blogroll

A Call To Consciousness

NOT A LOT OF PEOPLE KNOW THAT

boy with a hat

writing as a way of life

pushing sound studies into the red since 2009

A new way of looking at your favorite movies

If you're in a fair fight, you're using poor tactics

All the junk that’s fit to debunk.

A thing of the past

An Old Site, See Newest Post for a Link to the New One

Climate Etc.
I Didn't Ask To Be a Blog
Blog at WordPress.com.